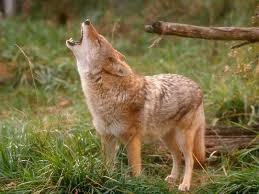 Does the howl of a pack of coyotes send a shiver up your spine? Well, it is supposed to. The coyote is counting on the fact that you and any competitors will hear its vocalizations and steer clear. Fighting between older juveniles and adults is very rare because they use vocalizations, posturing (including lunging and nipping) and scent marking to avoid serious conflict.

The fear and hatred of coyotes used to be limited to rural development and ranchers. But the highly intelligent and adaptable coyote has discovered that suburban and even urban locations provide relatively easy sources of food without much risk. Suburban sightings are frequently followed by reporters who dutifully record mothers in fear for their children and stories of missing pets. The problem is that no expert shows up to tell the mother whether or not she SHOULD or SHOULD NOT be concerned.

In all of North America, only 2 human deaths have ever been attributed to coyote. Another 2 -3 can be attributed to dog or wolf hybrid coyote.  In contrast, in the United States alone, 20 – 25 people per year are killed by dogs and according to the Centers of Disease Control 5 million people were bitten last year. The dog bites are serious enough that every 20 minutes someone needed reconstructive surgery. So, yes the coyote is capable of injuring humans, but the neighborhood dog is the real threat. 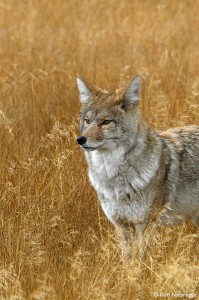 For an apex predator, coyote are very risk adverse and will readily abandon prey if they feel threatened. Note that risk adverse doesn’t translate into fear. They melt back into the brush or back off to a safe distance to observe. Many researchers believe that the coyote is a stronger observational learner than the dog.

But what about our pets? Almost everyone knows that Governor Perry was “forced” to shoot a coyote while out jogging with a half-grown lab this summer. His explanation was that he carries a pistol while jogging because he is afraid of snakes and the coyote was threatening the dog. Conflict with dogs is problematic because we have bred out of them the ability to read the posturing and scent markings or understand the vocalizations of other predators. Conflict with dogs is as easy as leaving the coyote’s territory. Coyotes will try every technique they know to warn away trespassers without risking physical contact.

Will coyote target dogs as prey? It’s possible, but they are very discriminating when they balance risk versus reward. Dogs greater than 20 pounds are usually safe if they do not challenge the coyote. But in locations like South Padre Island the coyote have learned that people in travel trailers often tie out their 10 pound lap dog to “do its business” and go back inside.  So, how can dogs be protected? Keep them on a leash so you can reel them in like a fish should they come face to face with a coyote (or more likely a hostile dog), keep small dogs on short leashes to discourage a “snatch and grab”  and don’t leave smaller dogs unattended outdoors.

Cats that are allowed to roam freely are at risk from many sources. Being hit by a car or attacked by a dog and being exposed to contagious disease or parasites top that list. If you allow your cat to roam free you are accepting these risks. Will coyote hunt cats? They are certainly capable and occasionally do, but if coyote targeted cats, there would be NO free roaming cats within their territory.

Ranchers have learned that lethal means of control have proven unsuccessful in the long run. So what to do? The first line of defense is knowledge, verifiable research not wives’ tales or second hand stories.

Where humans and coyote share territory 70 – 90% of all older juveniles and adults are killed by humans or human related trauma such as being hit by cars. The average lifespan is 6 years. Some would say “That’s a good start” and others would ask “So what?” Some would demand the capture and/or destruction of this threat while not giving their dog or the neighbor’s dog a second thought. 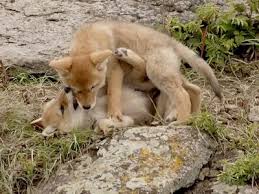 Coyote pack size varies as litters grow to maturity and leave to start their own families, but average between 4 – 7. The alpha male and female are monogamous and are the only ones that breed. Unlike dogs, they have a single season per year. Their existence suppresses ovulation in non-alpha females. Most males leave the maternal pack and disperse to form their own shortly after reaching adulthood.  If either alpha animal is killed, all of the females will ovulate and birth litters. So if the goal is to minimize the number of coyotes in the area, leave the alphas alone.

In populations that are not persecuted the average lifespan is 10 – 12 years and even though they are sexually mature at 1 – 2 years of age, they usually don’t breed until they are 5 – 6 years of age. In populations that experience lethal methods of control, the females begin breeding shortly after they are physically able to. The reason for this is partly the fact that fractured packs can no longer exert breeding control over the non-alphas and as with most mammals, if the overall population drops then the surviving animals have larger and more frequent litters to bring the population back to optimum.

Girls can physically have a baby at 13 – 14 years of age, but they probably don’t make the best mothers. Older females, both human and coyote have important life skills, more patience, less impulsivity and more established resources. This leads to offspring that are better adjusted and have improved life skills. Another positive byproduct of older moms is that they tend to have fewer litters and the litters are smaller.

Research shows that coyotes exert enormous ecological benefit. There are 4 apex predators that determine the biodiversity of the populations below them; killer whale, sharks, tigers and some types of wolf. Because coyote exert tremendous influence on their entire ecosystem, there are discussions as to whether the coyote should be added to this list. Rodents are the primary food source and an average adult routinely consumes 5000 per year, a lactating female will require 7500 per year. Where persecution has ceased and the population has returned to optimum, biologists have discovered that contrary to the accepted belief that coyote prey on ground birds, the number and diversity of ground dwelling birds actually grows. Besides controlling the rodent population, coyote suppress mesopredators like raccoon, skunk and fox populations. It is the suppression of the mesopredators that allows the population and the biodiversity to grow.

The absence of natural predators makes urban and suburban living attractive to coyote that have been displaced by development and the conversion of more appropriate territory to ranching or farming. The normally diurnal coyote shifts to nocturnal activity when they share territory with humans in an effort to avoid us. Research shows that when coyote are left to themselves the population decreases and juveniles are less likely to risk interaction with humans. 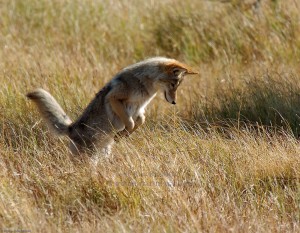 So back to the original question – What can be done? The good news and the bad news is not much. If you want to shrink the population of a predator, you must reduce their prey and other sources of food. So do not feed pets outdoors, do not intentionally leave food out for the wild animals, pay attention to unintentional sources of food like bird feeders that can attract mice and rats and trash cans that can be raided. Keep your cats indoors or at least from dusk until dawn and don’t let small dogs outside unattended from dusk to dawn. Remove hiding places for prey and their sources of food and water in your yard. Will the coyotes become more aggressive if they are hungry? A few more free ranging cats may fall victim, but generally they will choose to drift to better territory.

Life is all about risk management. Can coyotes physically cause damage and kill small unattended pets? Yes they can. But while you should be aware of the potential in order to minimize the risk, 5 million of us will be bitten by a dog this year and 20 – 25 will die because of a dog attack. The risk of coyote attacks on unattended and free roaming small pets is orders of magnitude lower than those posed by cars and dog attack.