Helping wildlife can be tricky and rewarding. Click below for a brief guide, and give us a call when in doubt!

Donations are our only source of support. Feel the reward of helping our local wildlife get a second chance!

We are always in need of more volunteers, and helping local native wildlife is extremely rewarding! Join our team today! 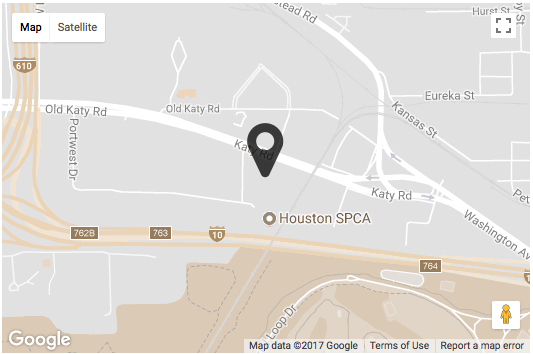 WCT In The News 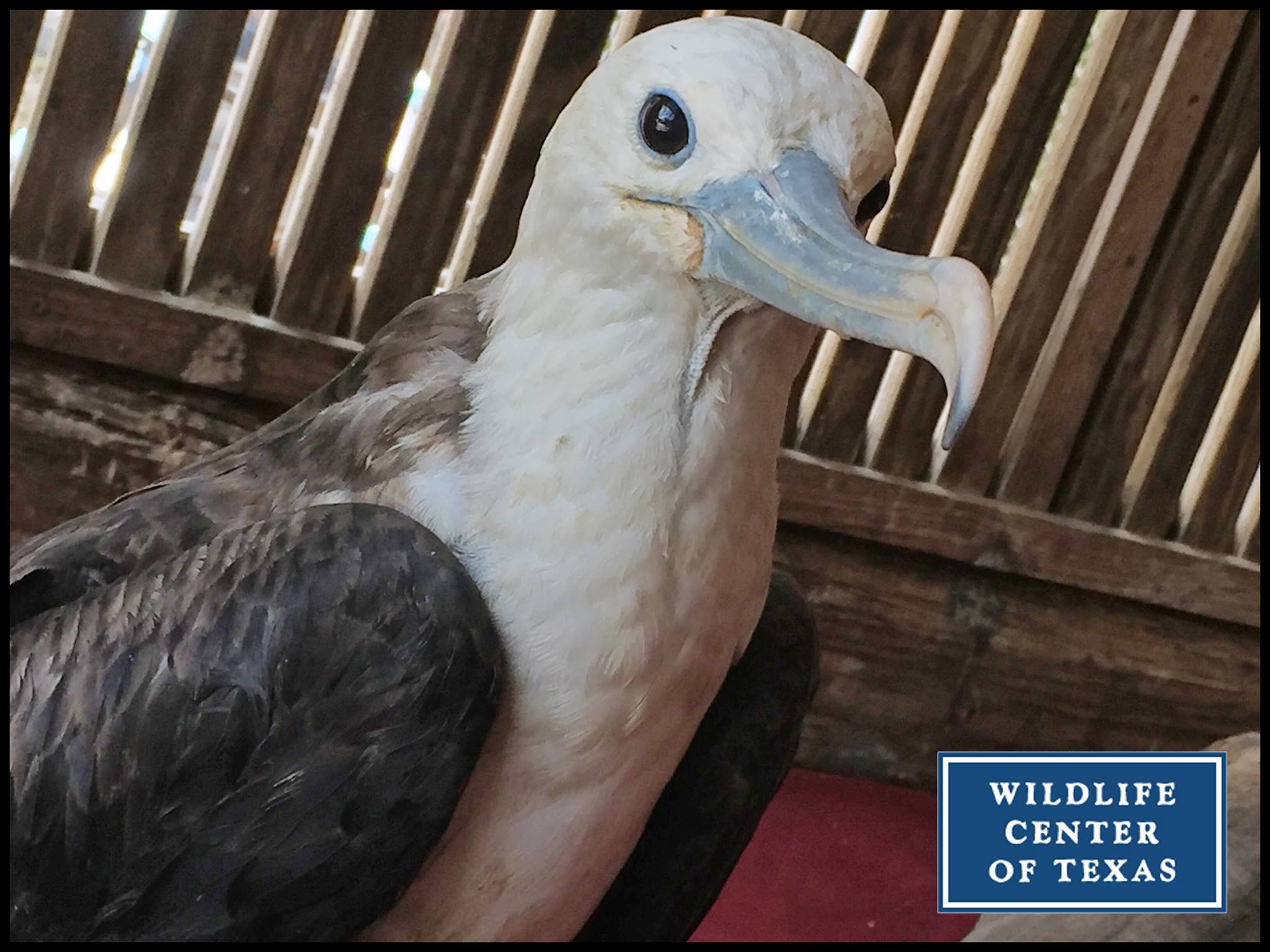 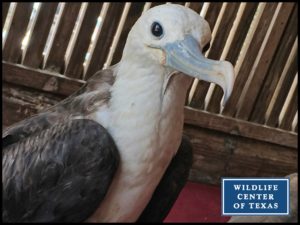 In addition to the over 500 animals we have cared for after Harvey, The Wildlife Center of Texas admitted a true one-of-a-kind patient last week. Known as the highest-flying birds in the world relative to sea level, Magnificent Frigatebirds are in fact, magnificent! Oxygen levels at this height are reduced to almost half, yet these birds’ heartbeats remain unchanged. And frigate birds’ feathers don’t waterproof, so they can’t land in the water without drowning. So how do they do they fly for weeks at a time or 40 miles without one wing flap? The answer lies in their unusual body shape and in the clouds. They have the largest wing surface area relative to body size and they are the only birds who knowingly fly into clouds. Warm air rises, clouds accumulate, and they hitch a ride! This bird was found hunkered down in a canal on the Bolivar Peninsula after sustaining pelting rains and 40 mph winds. Waterlogged and worn out, he was quickly transported to WCT. He has since recovered from Harvey and is on his way to being released very soon!

Read All About It!